In Mongolian, we have saying about curses as below

“There are two types of curses.  Black curse and the white curse.
Black curse is type of a curse when many people have evil will towards you.
White curse is when everyone has good will towards you, but that good will and reputation becomes envy towards you, such curse occurs.
Black curse is easier to handle, as what you would need to do is just improve yourself being better than the evil will.
White curse is much harder to handle, as there are no evil will, there are nothing much you can do.  It is more like a natural disaster or force majeur in legal terms.”

Before Hanzo
——————
- Before 1980’s: No written records, although there are debates of many influential people were gay or bisexual, including Chinggis Khan & Jamukha’s friendship  & hatred based on bromance or more, Zanabazar and Galdan Boshigt’s friendship similarly, the modern Mongolian People’s Republic’s founder Sukhbaatar was named as the “Capital’s most beautiful bandi (common word used for boys or passive gay people among monks)” et al, but since we can not be sure about such.  In general, Buddhism and Shamanism was very generous towards homosexuality, often called transgender people as sacred, beyond gender people, and even had a god Manin / Mahakala representing god with no gender, god plays as a flipside of god of creation, i.e god of shadow or destruction, often plays as one of the most powerful gods equal to god of creation.  Homosexuality was criminalized in 1961 following Soviet Influence.

- 1980-yearly 2000 : The only gathering place was near State Department Store in early 1980’s, when homosexuality was  considered as mental decease and were oppressed under Socialist regime.  Many influential artists were rumored to have gathered there, and even tragic murder case of the most famous singer Tumur was committed because of his sexuality. The first HIV incident was recorded in 1992. Homosexuality was decriminalized in 1993.

- Early 2000 : First NGO’s, namely Tavilan (Destiny) was established in 1999, followed by Youth for Health (2003), Together Center and Youth for Support mainly focused on HIV and STD were established and continues to operate now. The above three health focused NGO’s merged their operations for better reach out and better efficiency under branding “MSM and TG Centre” now.

- 2003-2005 : First LGBT friendly straight bar “Oasis” was open for a short period of time. It gathered foreigners and LGBT people, but had to close for unknown reason.  It was not LGBT dedicated place though.

- 2004: LGBT friendly bar “Westlife” and LGBT owned pub “City Life” were shortly open for a mere period of 2-3 months. The main reason for the failure was lack of recognition and revenue generation.

- 2009: LGBTQI human rights NGO “LGBT Centre Mongolia” got finally registered after two years of fight with registration authority, who defined naming LGBT being contradictory with Mongolian tradition and refused to register.  The centre focused on broader human rights issues, such as legal system lobbying and advisory, health issues outside of STD and HIV, namely lesbian and bisexual health issues, transgender health issues as well as youth education on sexual orientation and gender identity, advocacy to parents and allies etc. With the centre’s effort, discrimination based on sexual orientation and gender identity was first included in the criminal code as a crime in 2015.

- November 2011: First ever openly LGBT pub, 100% was open, but had to close after A year or so, because the land lords didn’t want to have LGBT people gathered at their venue.


After Hanzo’s opening
———————-
- April 2012: Hanzo was first opened after lengthy procedure to obtain liquor licenses (It was planned to open in November 2011, but had difficulties getting licenses.). It was the first dedicated and openly LGBT club ever existed (the precedents were more of a pub), which invested over apx 200K USD back then.  However, after started to have recognized, landlord issues (double owmer suing each other) became an issue, and had to stop operations by March 2015.  The landlord issue was not because of LGBT discrimination, as people started to accept them.  During the three year period, have had three court trials against police officers who discriminated us because of SOGI, and won all the cases. Hanzo could not recover its initial investment, but at least could function as a social influencer and spread the awareness.

- In May 2015: Rebranded ourselves as DdHz and moved to a smaller pub. The landlord was understanding and supportive, but after three years, they had to sell the premise, and the new landlords wanted to do their own business at the premise.  DdHz became internationally recognized as the only LGBT dedicated bar in Mongolia (which was not technically correct, as there were many attempts of opening a bar for LGBT people, such as Aizam, Odessa, Dotno, 18cm etc, which all had to close down within a year or so because of various reasons, such as discrimination, not enough revenue / not profitable enough etc)

- May 2018 till now: Moved to new location next to German Embassy, leaving the old name as Irish House, because DDHZ’s branding was already strong and people knew how to find us.  The owner is understanding and supportive.  However, bad things happen, as written above, the white curse.
The mayor has changed the liquor regulation, made it harder for us to operate. We are still looking for the new location, and thought finally found nicely located venue, with understanding cooperating owner of the restaurant, but because of the building owner’s discrimination towards LGBT people and people on wheelchairs (this part is just an assumption, because they didn’t explicitly said so), which we gathered, the building owner forced the restaurant owner to get away from us and threatened to cancel her rent.  Feel really sorry for the restaurant owner, who was super cooperative, and now are at risk of getting her contract deleted.  Fingers crossed she will be fine.


Well, slowly the society is accepting us, but there are still much of hatred.
And, there are now 2 little pubs including ours, two karaoke for LGBT people, while during last year two were closed.

Will update the blog when new place is found.

So, we have closed down our club due to some unexpected third party forces, and now have re-opened it as a cafe/restaurant in the central Ulaanbaatar.

Our name is d.d / h.z, which is a bit difficult to pronounce :D

We serve fusion Japanese food (so, all of our food is basically not Japanese, rather international), such as coconut spicy chicken bowl (which obviously has Thai origin), meat doria (which has Italian origin), dry curry (Indian origin), and Kaomangai (Thai origin) all served in bowls (Japanese).

We use Japanese rice and Local Mongolian vegetables and chicken.

Here is our new location and the atmosphere for your interest. 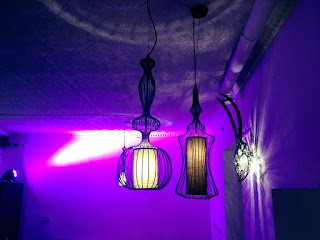 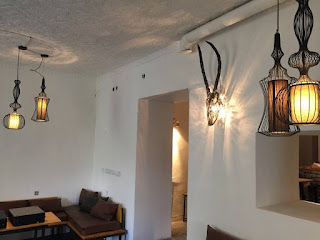 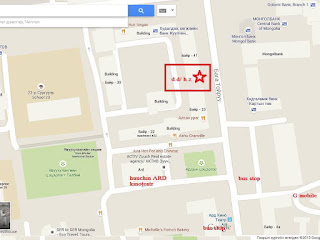 It is regretful to inform that Hanzo club has closed as of 21st February, 2015.
It was due to landlord issues, and we are currently looking for other location to re-open,

Some pics to give some image about Hanzo

Mostly drag pictures... as these were the only ones I could get consent from the people, but hope this will give you some image of what Hanzo is like. 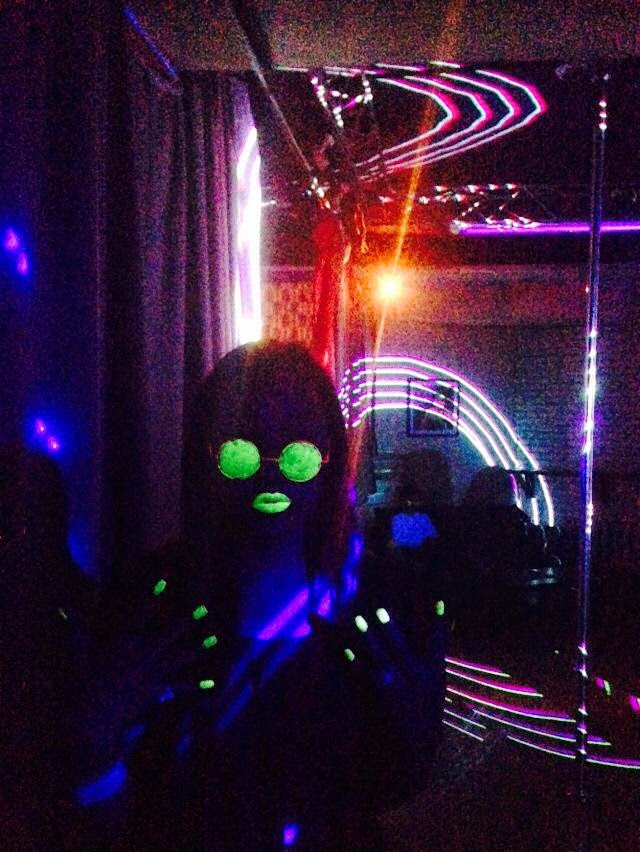 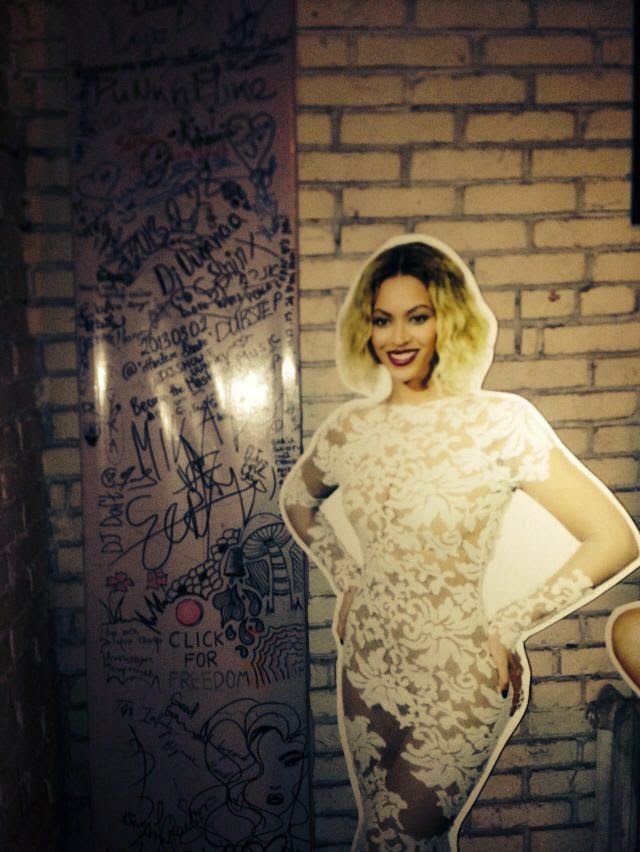 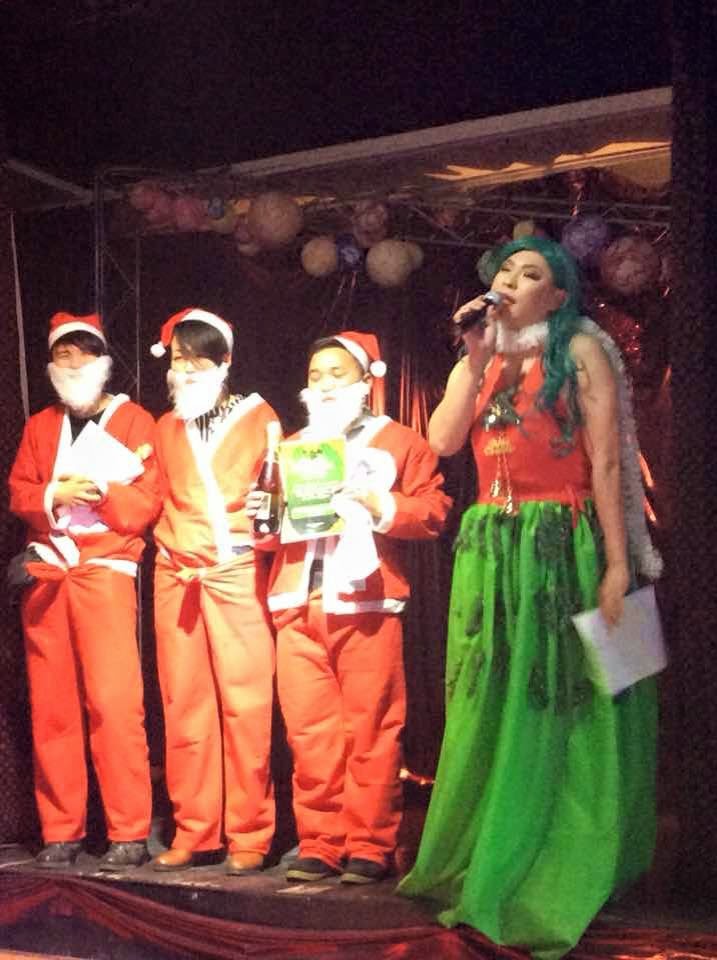 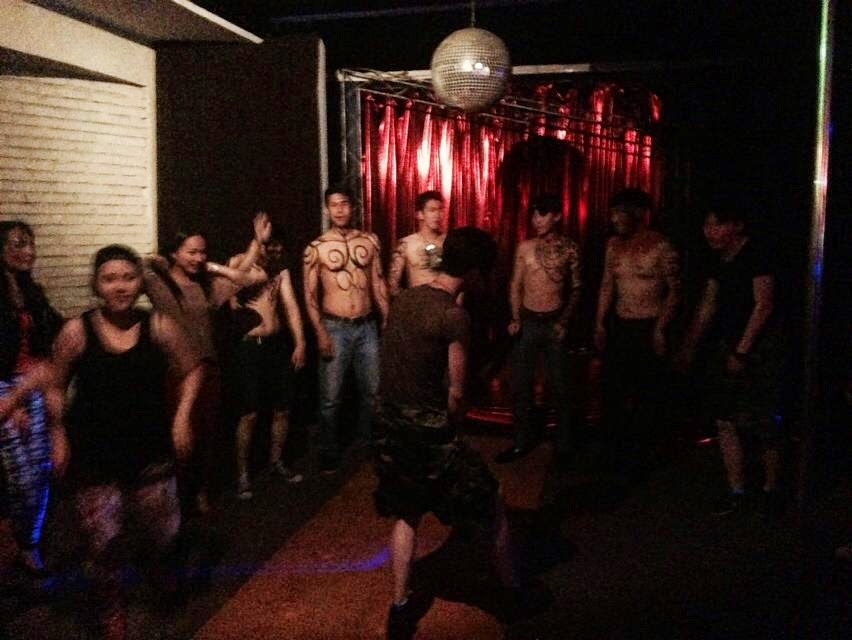 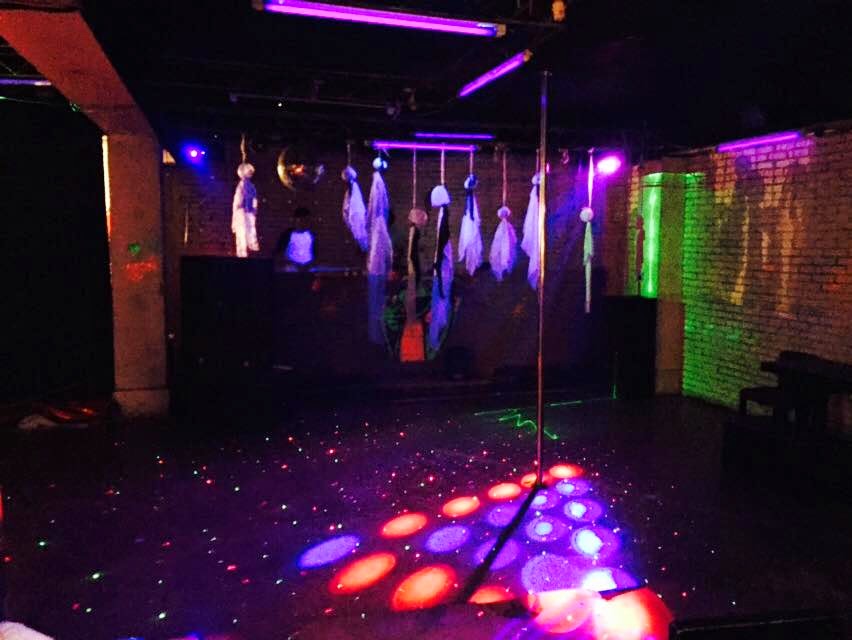 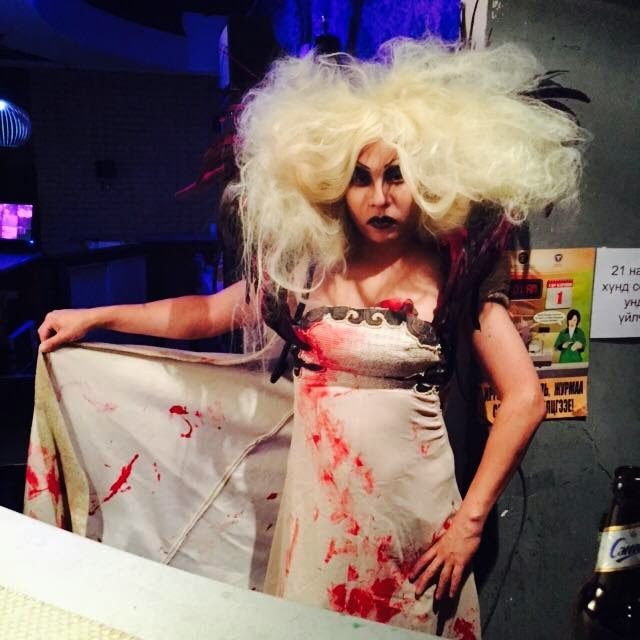 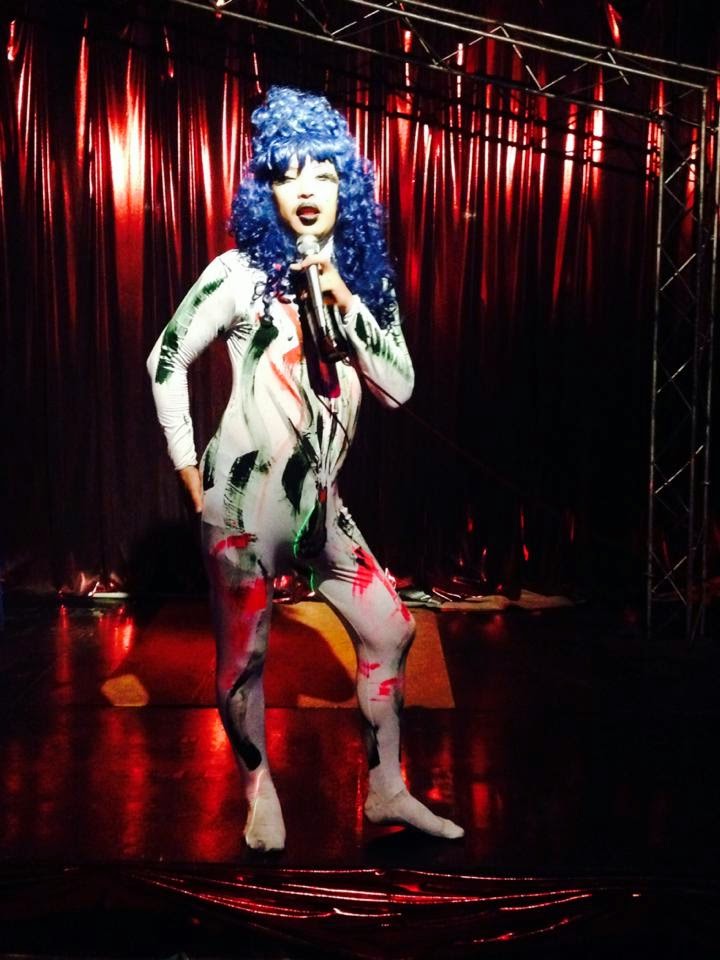 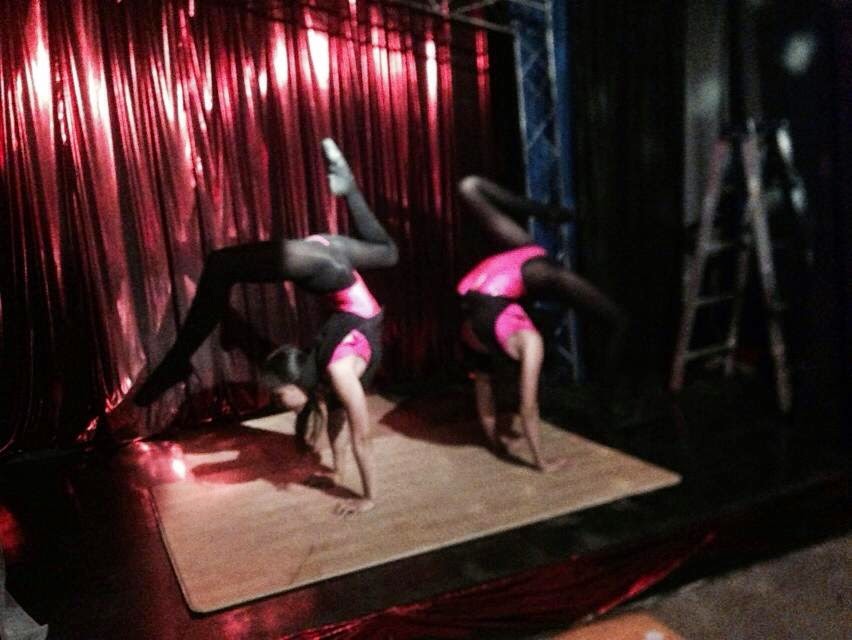 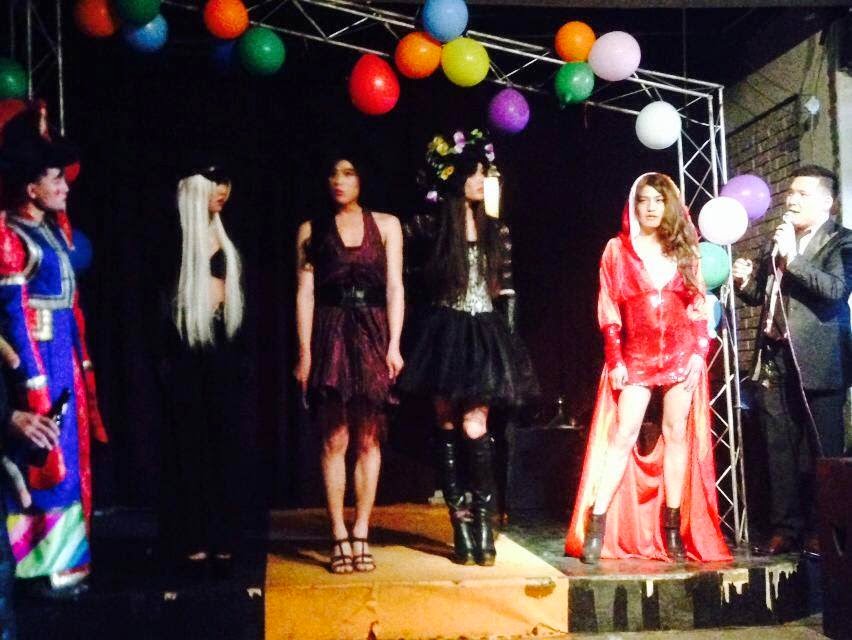 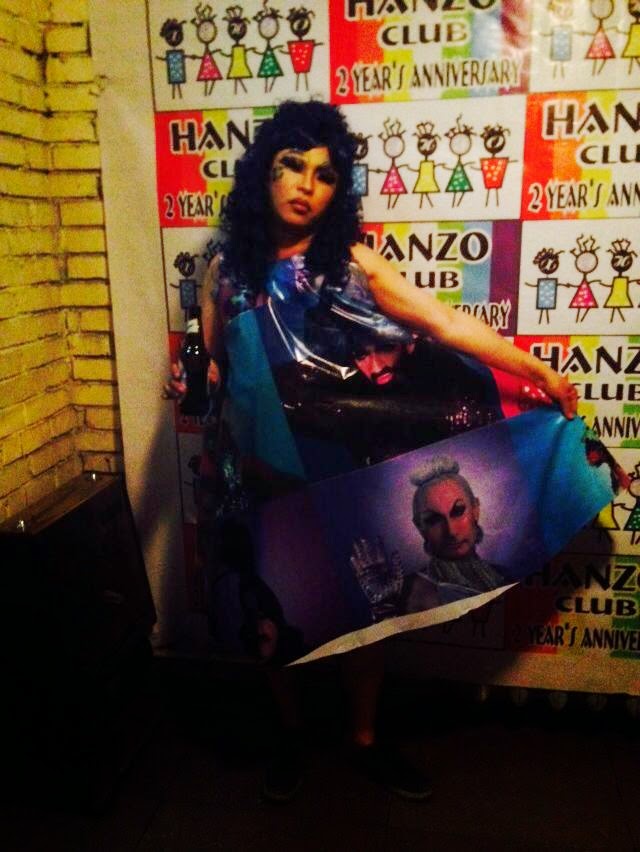 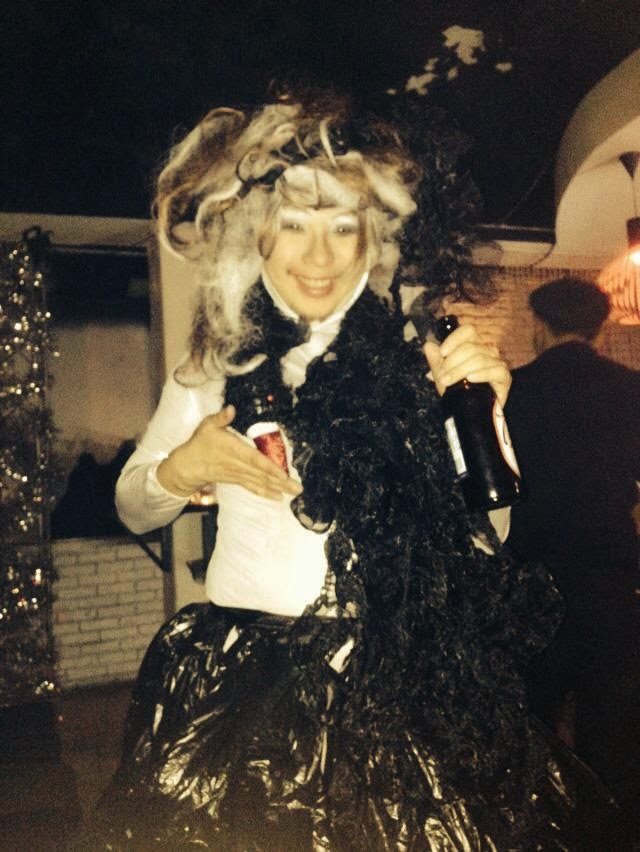 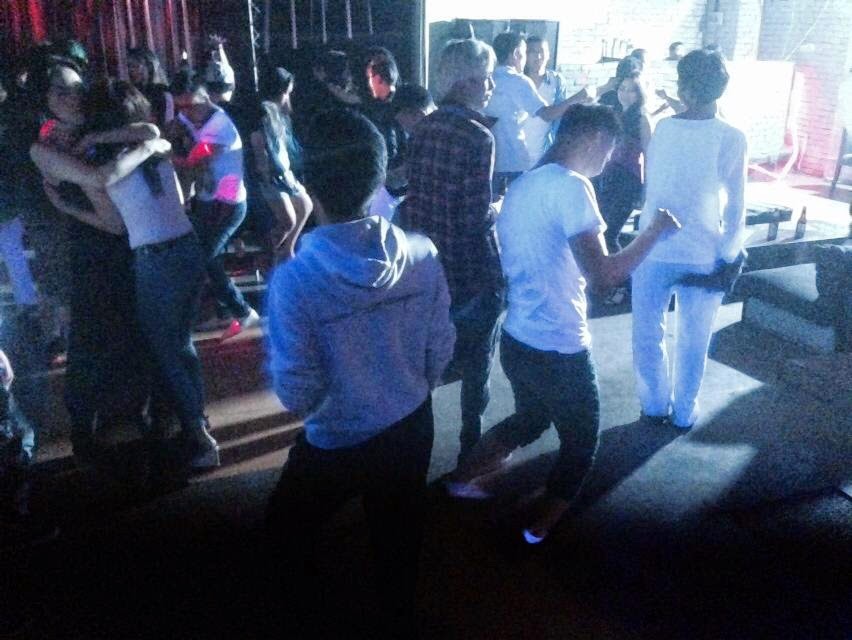 It is closed on every 1st day of the month (by Mongolian Law)
It is open as per below timetable:

After not updating the blogspot for pretty long (over 2.5 years, lol), I am updating with the recent updates.

Given that the Mongolians get the information from facebook group of Hanzo, the blog is primarily dedicated to foreigners mainly.  Below are the main things happened for the past 2.5 years

-  Hanzo had been continuously operating since its opening in 2012, and in April 2015, it is having its 3rd anniversary

- Albeit its difficult to find (hidden in the rear alleys) location, it has become one of the favorite venues for local LGBT community, alternative crowds (people who like underground-ish music etc), live bands, local expats etc.

- It was selected as the "top 50 places to visit in UB" in local magazines, as one of the two bars within it.  Also, it was introduced on Lonely Planet and Utopia Asia.

We are looking forward to further PARTIES to go on.